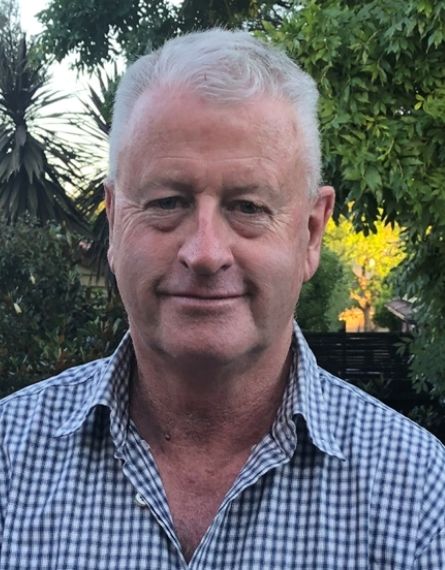 Peter was born and educated in Melbourne, Australia. He earned a Bachelor of Science (1st Class Honors) in Physics and a PhD in Nuclear Physics at Melbourne University. He joined the University of Massachusetts at Amherst, Massachusetts, US as a Postdoctoral Research Associate where he conducted research into nuclear structure using electron scattering during 1981-84.

On return to Australia in 1984, he was initially employed as a software analyst by the Defence Science and Technology Organisation (DSTO) in Melbourne on application of hydrocodes to explosives modelling. He was then recruited as a Research Scientist by DSTO to work in undersea warfare modelling and simulation. During 1988-89 he was a Visiting Scientist at the Admiralty Research Establishment in the UK. Peter has a consistent publication record over three decades in Defence with over 180 reports and conference papers. His research interests include the modelling and simulation of military operations with particular interest in applying Advanced Distributed Simulation technologies to assist Defence with their training requirements. In 2015, Peter became an Honorary Fellow with DSTO, after retiring from full time work.

Peter has a long association with Standards Australia through Defence where he chairs a committee in Modelling and Simulation and is a member of several Smart Cities committees. He is the Australian delegate for international committee ISO/IEC JTC 1/SC24 (Computer graphics, image processing and environmental data representation) and leads a Working Group (Representation and visualization of information for systems integration.

More recently he has been carrying out research into the emerging areas of Internet of Things, Big Data Analytics and Smart Cities. With his colleague, Richard Watson, he has supervised university student teams and interns carrying out projects for local councils and published research in the open literature. With Richard he founded Ryan Watson Consulting Pty Ltd in October 2020 to help clients make better use of these new technologies and transition to being “Smart Cities”.